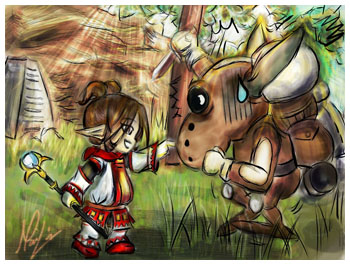 How is it done?

For those that aren’t technical savvy… just want to let you know about the FFXI logging system.
I can’t say what I’m saying is completely right, but 95% sure they use this method, because I use something like this… at work to do the same thing (finding trends/patterns) to find trends with a bunch of website logs (well in this case, game logs and trends of cheating).

Now look at what’s there… those are the stuff that SE Stores on their servers. Basically, all actions, chats performed, are sent and saved. You are sending it ANYWAY (well if you make a movement, you are sending them your new coordinates, so they can forward it to all players beside you to inform your character moved), so they are simply storing what “goes into their server” as record anyway.

Basically… they know wtf is going on just from those log. How would you think they came up with THAT?

Those are basically, taking ALL THEIR RECORDS, and totaling it up with a script. Why can’t you see it everyday? Because its in a file stored somewhere… its really just record keeping but thought its fun to make something out of it.

Remember those stats about login times, logout times? Peek Hours? What sells the best on AH? Oh they store everything. From first day.

You know those Air Miles card you use? Well they might give you free tickets, but they are tracking your spending / purchasing habits and… the business buys these “data” just so they could accurately advertise a specific market segments. Your “free tickets” is actually paid by say… your grocery store chain. =) They buy these data and know exactly where people buy groceries, hence locating one near you to take money away from both you and competitors.

Although FFXi’s data don’t seem to valuable, but economist do realize… a game’s economy is a very good simulation of a real-life economy. What happen when there’s deflation? Kclub from 120m to 30m? When prices is dropping, everyone knows to hold cash (when SE draining gil like mad). The data that SE collects might be worth some money some day, because they represent a free market economy… an economy driven by real players. Beats simulation. There’s up’s and down’s. They can test so many features such as… “lets throw serket ring away” and see price drops / elasticity of this high-demanding item. 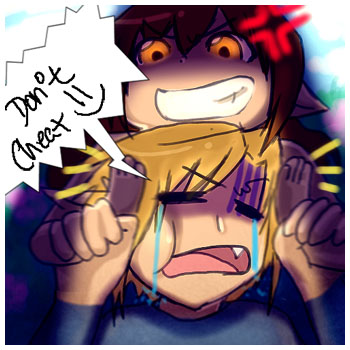 Asking is a Risk by LovelyDagger [2]!

So How do they Detect Cheating?

Lets make a few lines of log. We’ll assume the date is the same. I’m going to simulate a POS hack.

*Assuming the landscape is flag, so instead of X Y Z, you only have X Y*

You login to your mog house. Coordinates on map is 20,20. Lets say you move to your left. Here is what you send to the server by your PC.

SE then can say you moved 4 units in 4sec. Normal Walking Speed. 1unit/sec

SE then can say you moved 4 units in 2sec. You’re MOVING fast, but since log also shows you used flee, SE knows you use FLEE to move that fast.

SE then can say you move 4 units in 1sec. You’re moving fast but your log ALSO DID NOT SHOW you used any ability, and…there is no such thing in game that you can move that fast (Well again, ignore Z, but if you’re sliding, a rapidly changing Z would also mean its possible, but lets assume its flat for now). They will then from this, FLAG your account for POS.

All they need to look for, is have the program go through all the logs and look for these.

To ensure there is no error, they will also look for.

Disbands and Join Parties to reassure that they ARE exploiting the bugs.

When all these conditions are met, they flag you.

They do the same for everything. To catch gilsellers, they just use their v1.337 “script” that they already written, find those conditions as described in their posts… and when conditions are met just like the above example, they get flagged.

I can imagine all the conditions they look for in their logs for fish botting, RMTing, AH botting… they are basically “log readers”.

This is WHY you don’t talk about crazy things in FF chat logs. Assume its being read by GM’s! (Scripts are GM’s ok…)

I was a WoW beta tester long ago, and they used to have a debug screen, telling you what exactly is being sent to the server, so knowing how WoW works, I can only imagine the same if not all for FFXi. Also, the above stuff… is pretty simplified. Now imagine SE went much deeper and more ways to track/create a relational database using logs… its much more complicated for them =)

A video to describe yesterday’s bannings!

I actually do not think what SE was the most ideal way to solve what happened. It’s like people not getting banned for using AV bugs to kill AV. Its a flaw on design on their part. It’s also like that Chocobo quest bug… people do that quest for large amount of gil… but all those previous bug were mostly exploited by RMT and was never an issue to ban them.

However, this exploit was a little serious, and was exploited by real players. IMO looking at the banning, you either know it (like Valefor with so many banned) or you don’t (like Fenrir). To those that know it, it sucks but your LS doing it… and it’s kinda hard not be a part of it. If my LS knew it, I’d probably take part. We’re probably not goin say “no, you are exploit, firefly out”. It’s a very grey line. I honestly believe a lot of people that got on that list had no intention of abusing it… it was probably helping a friend, helping the LS and you just happen to be there while they were using it.

Now that’s being said, I really think a Perma Ban to anyone who exploited the bug is VERY overkill. I think the community would have gotten the message the same way if everyone just got a Temp Ban.

Back then, there was something call “Win Trading”. For those that plays Warcraft 3 ladder system, you would know your rating is always matched with the same team rating. Basically, when a team raises their ranking by only playing a farm team that agrees to lose. So, the common “trade” is WoW is the farm team to be made up of your 2nd or 3rd character of another highly ranked team and they switch. So for example, the cheater Ranked Team A will play Loser Farm Team A for 10 games. Then cheater Ranked Team A will get on their alts and be Loser Farm Team B, losing to the mains from Loser Farm Team A (which are now Cheating Ranked Team B) for 10 games.

The system is very flawless, it randomize opponents among all 10 servers. Well how do you ensure Team A always play Team B? Well they do it at 7am. When nobody is on and nobody to random with, you will always be paired with the same team! There you go =) It wasn’t even a BUG, its exploiting the system (exactly like AV bug).

How did Blizzard handle Win Trading? They track down players who either did that or PURCHASED their Arena Point with Gold, went into their account and delete EVERYTHING they ever got from Arena. (That’s like deleting all your Salvage gear). Although that created a big chat topic, but for those people who suddenly walking around without Arena gear, you obviously knew they were cheater. The talks and gossips they would have gotten from it would have been already a good enough punishment on TOP of their gear lost.

It’s sad FFXI is such a great game and don’t deserve the treatment that they are giving to their customers. For people who didn’t take advantage, of course you’d say “yea give them the banstick”, but put yourself in their seat. If your Salvage LS found out…. would you have really done it? Its a very grey zone.

Even Kaeko [3]was part of it, and honestly I think he gave in a lot to the community to deserve such a shitty banstick.

Seriously, SE should sometime take a look at their competition (like Blizzard) and see how they handle things. I mean SE FINALLY learned what it means to listen to the gamer… what they really want instead of “following their 10 year FFXI game development plan, which is boring as hell”. Look, they are finally consider implementing “One-Time Password”… great, another thing that Blizzard already had. How about some friendly GM who does things (which Blizz already have). Maybe consider BitTorrent someday for the PC Client? Windower took them such an epic long time to implement… I won’t say Blizzard invented everything, but they for sure look around and see what’s good, and copy the good stuff into their game. They have 11.5m subscribers. Whatever they are doing, they are doing something RIGHT. 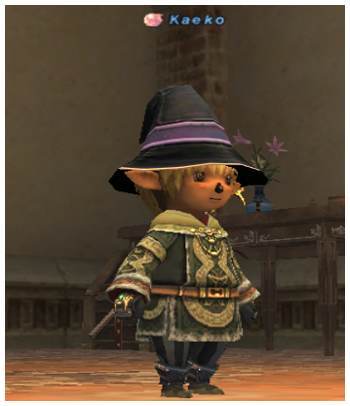 I don’t want Kaeko to get banned =(

They don’t deserve this treatment. First of all it’s just a game, people come on to escape reality, to log out from RL to enjoy their second life. Things shouldn’t be that SERIOUS. Yes, exploiting bugs is pretty bad and you are gaining an advantage… but think of it like this. If they really knew they would and can get banned over it, you’d think people with 7 relics would use it? Obviously a lot of people misjudge where SE draws the line. A lot of people uses Windower. We know anyone can get banned over Windower… but a lot of people see this risks as something do-able because… we calculated the risks… and you feel it is something SE won’t care about.

There was a better approach to all this, and shouldn’t have give people this type of no-warning perma-ban treatment. Just delete their Salvage gear… good enough… if they feel its that necessary.

FFXI is a good game, with an extremely good community… deep down my heart…. I’d still love FFXi over WoW… but they got to give me a reason to keep playing. Banning friends is the last thing they want to do on top of all this MMM crap they put out… I really hope a few of those list would escape from this perma-ban (consider 500 perma 450 temp, more than 50% will be gone T_T) including Kaeko [3]… because I just love what he writes AND A TARU!! :D:D

PS: The video above is pretty… much explains what happened. And yea I really don’t want to see you guys in this pixelated game call World of Warcraft… so stay there =)… back to Mai Naxxramas 25man Raid Tank-Throw Boss [4] :D