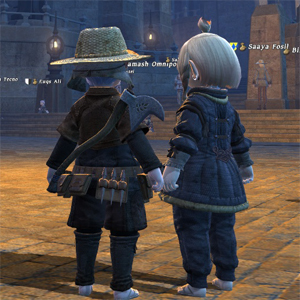 Maiev and Otak in FFXIV v1!

The Debate to Play or Not!

For one thing, I would have never thought I’d continue writing this blog. I honestly thought my MMO Legacy would end in FFXI, with a Kraken Club equipped [1].

I was going through the same debate that went through with BG Russta [2] – a long time FFXI elite player. Anyone that play FFXI since release, were probably people who had lots of time on their hand (eg. College, basement dwellers). That was in 2003 so fast forward 11 years, most of those MMO players would be entering their 30’s where life greets them with other responsibility like employment or other commitment.

Kudos to Russta because he gave it a try! To be honest, I had a lot more time when I stop paying fo FFXI. However, I was still playing games. FFXI blinded me from many awesome games. I had time to enjoy Portal, Team Fortress, Dead Space, League of Legends, Zelda (actually finish Twilight Princess), some NDS game and hell even break out FFIX and enjoyed it. I realize how much of an addict I was with MMO. But if I were to go back 11 years in time, I would have done the same. 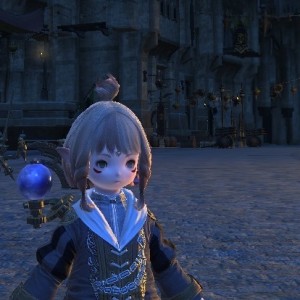 What kept me starting FFXIV?

The single most important factor that kept me from starting was.. I felt betrayed in FFXIV v1. It was such a letdown; a bad dream. There was so much hype and as soon as I start playing, I felt this game had no future. I also played WoW and with 2 MMO under my belt, I know what is fun and what is just cash grab. Your wallet is the best voting power for the game. I ended up quitting at lv16 Marauder in v1. I couldn’t take it. I stop paying.

I had so much hope, even got together with some bloggers to write FFXIV. The game made everything fell apart and into shambles.

As much as I hated most of v1, I did like some part of it.. like the nicer graphics. :) For those that really play v1, I’m sure they miss those epic obtaining AF moment, almost felt like Lv50 limit break Ancient Papyrus days. 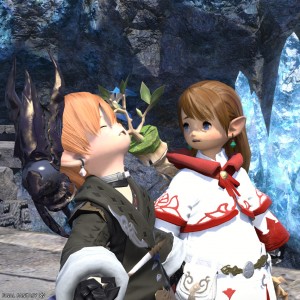 When ARR released, I was pretty determined not to play. Being naturally competitive, missing the get-go date was devastating but that’s what I wanted, but I thought that was all that it took for me to not play.

However, as time went by, friends kept pounding me to play. Friends that used to be e-friends. These are people that I met in RL, with a face and with hugs. I wasn’t going to play until Otak decided :) that was enough to move me and subscribe. I started playing on December 25! Since then, I have to again, agree with Russta. I liked the game.

Coming from FFXIV v1, it was a big change. But those change weren’t all that hard to adopt because.. it literally felt like World of Warcraft. It was like, riding a bike. You touched it, you already have a feel where everything are. I knew where keys should go or what each function does. It was a comforting feeling. The learning curve wasn’t sleep, it was mostly “vocabulary” like iLvl, LL, MT, Turn 1 etc…” 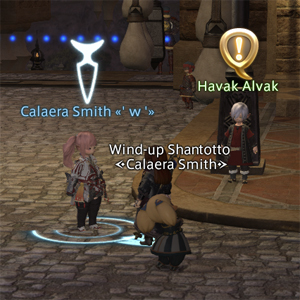 Maiev and Calaera meetup in FFXVI!

For the Social Experience

To me, FFXIV was also about staying connected with gamer friends. I’ve got a few RL friends in my town that also plays. It was good for a common topic. It was also something that I missed in League of Legends. If one thing I missed during this non-MMO days, all the games I play was short, non-community based and was fill with trolls. This was more apparent in League of Legends. When you are the failing team, you just fail because someone then likes to troll and feed. FFXI for one thing, gave you accountability. You not only have to manage your virtual life, but with 1 name, you also have to manage your reputation. You don’t really have that in Team Fortress or League of Legends. You troll, report and never see each other again.

The last barrier that I had to overcome was, the time I am going to spend. After playing for a couple of months. I have to honestly say, this game can be played by a casual player. Working as an Enterprise IT Admin, I have quite a lot of work and responsibility. However, you can’t work 24/7 and since I’m managing my time very well, I end up with quite a lot of time at night. I can manage to squeeze an hour into games. It’s a stress relief for me and to relax and button smash in Crystal Tower.

I’m only spending 1-2hrs per day on this. Some evenings I don’t even play. Just go home and sleep so I obviously got time to spare.

With me getting back to FFXIV, of course I had to continue this blog. It was too epic not to continue! See you next entry because… Maiev Lala is back! Hell ya baby.

If you are a casual player thinking of starting FFXIV. Here’s a few pointer.

Oh yea… not to mention. So much entertainment vids of FFXIV LOL

I’ll leave these links in .. videos that makes you re-evaluate FFXIV.