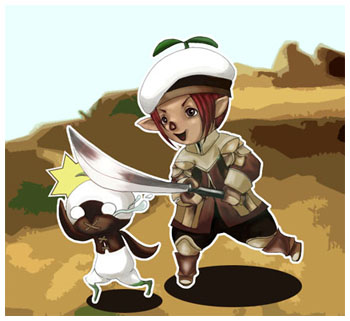 So tired of hunting people.

Being the person standing behind a linkshell isn’t an easy task at all. At all times, I feel like I need to be there to ensure things work (even though I’m not leading/running it). That process is so tiresome. When I quit my HNMLS, one prime reason was I hated Roranora (the game version, but we are really good friends IRL), but another thing was I just don’t enjoy doing HNM. I quit Omen and shortly after, I joined GuessWho (who was ran by Istari/Weeber), and believe it or not, I had the greatest fun there. Because I can finally just enjoy the game the way I want, without any responsibility. I was just like a normal mofo who just shows up and cure/chat. Craft on my off-time and just enjoy what the game has to offer.

DuckHUNT (DH) was created as a joint venture between Ogazn and GuessWho to “do more stuff”, but one thing that I’ve always said no was engage in HNM. I loved the LS that I created then, everyone was willing to particpiate with the point system, where you earn what you get. We don’t do HNM … just anything other than HNM, so every second was quality time spent doing stuff. DH was such a nice LS, it was filled with laughter and humor, 24/7. I had so much fun running it and just being around to take the LS to another level. DH went from a typical Limbo LS to one that kills almost everything in the game that has to offer… and it was really enjoyable. I was also dealing with a bunch of very mature people, which made a lot of things easier because people are considerate (and knows how to role-play a member role). Anyway, the planning, leading, executing the action plan all those stuff that a leader should do and last but not least, establishing a friendly atmosphere which I think is what I did best. I believe and will admit the atmosphere that I created for DH, was amazing… especially on vent. It’s what I think the very reason the shell is still together. No one’s here for loot, just having a good time! We talk about meeting up, drawing, talk about McD and instant food… 5am talks.. good times! 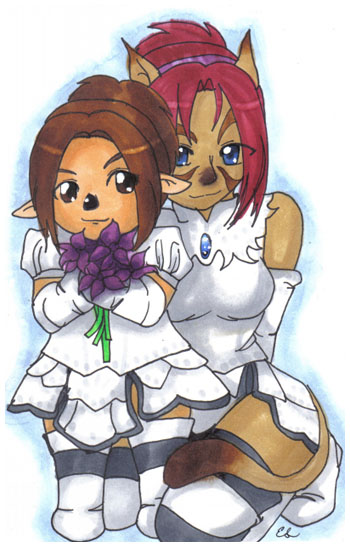 That’s being said, the LS got huge and… the stuff that we can do expanded exponentially. This also means there are more people playing during non-peak hours. There it is, the PERFECT ingredient for HNM. Out of the blue, DH entered HNM where IMO, turned everyone into hating other people, loot whores, meanie, and of course start having conflict. This also conflicts with the point system.

I tried to fix, but apparently people were mad. Everyone just wanted to use HNM (which was not part of the point system), as a loop hole/express lane to good equipment. I only got nothing but emo’s. I’ve had people coming on AIM asking me about loot, I’ve had people discussing lotting a speed belt when DD’s and tank still needs it. I’ve had people skipping normal events. I’ve even had a Warrior with RELIC (You would think a person with relic is at least somewhat… easy going), come emo at me for a freaking Bahamut Title…Its just, not the place I want to be anymore. It doesn’t feel like the DH I’ve spent so much time created. It feels like… something else. It feels like, my neighboring HNMLS.

So yea, I’ve decided to take an indefinite break from the LS and just the LS. Blogging is what I enjoy and I’d definitely keep that up so FFXI is really just a way for me to grab posting materials… well at least for awhile. I think it’d be a good time to really just chill out and perhaps prep for the Wrath of the Lich King expansion and focus what’s important to me in life rather than trying to just keep the LS going. I’ve held and uphold the responsibility as a linkshell leader for as long as I could. I’ve never taken a real break because everytime I do, I am worried about the LS not running. It’s probably what burned me out, I just didn’t get a “real break”. But its okay, I think its now so settled and structure that… having me or not won’t make a difference.

Anyway, I’ll be doing a lot of arts and crafts related to FFXI during this break. In fact, I even have a really cool video in-mind :D I can visual it, now just got to make it! This would be a great time to get onto what I enjoy. Blogging and making things! I don’t hate the game (just like Istari), I just hate the shit I’m dealing with (eg. dealing with new immature people), which takes away my time, energy and spirit from doing the things I enjoy.

For future LS leader or considering to be one. Just a side note. There are a ton of resposibility that comes with LS leader. Like Spiderman’s famous quote: “Power comes Responsibility”, and it does, from management, technical to moral responsibility. Its not an easy task and you better be prepared for it.