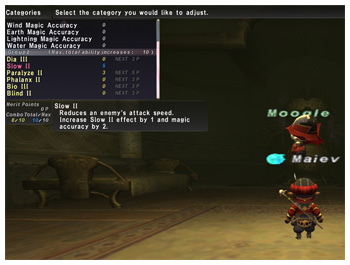 Speaking of the patch, there wasn’t really interesting stuff… other than getting shocked that they are handing out Ingots… I mean the new Weapon all cool but I guess SE finally like implemented WoW’s model, to replace gear to keep ppl playing. I don’t know, seems that way so far in keeping the casual players. I’m okay with it… not horrible but not great. Whereas WoW Patch 2.4 Sunwell’s Isle kinda got me into playing ‘.’

Regardless… thought I’d link you this COOL DNC af [2]!

Oh yea… new Security Features for Windows FFXI Players. Its pretty decent. You can read about it here [3].

Alexandrite
Weird stuff dropped in Salvage last nite. Alexandrite [4]! We got 3 in a SS run so.. not too shibby but wow @ 50k xD

Nyzul Relic Animation too well… only some of it is out. Found it on an Alla post [5] :O!

I stored my key on my Laptop’s drive (I play on Desktop)… so at least I won’t be worried about getting auto-login while I’m at work, since the encryption key isn’t physically on the same PC. Beats storing on a USB, eats a port. Speaking of that on-screen keyboard, there are ways around it :O its not completely safe but beats keyloggers atm. Oh, and if you have WoW Client Installed by chance, should run the WoW Launcher once awhile, because that launcher scans your PC for well-known video game trojans and keyloggers. Unlike the POL Launcher, its nothing but inconvenience. xD