Note: This is a Backlog of Mai Adventure. 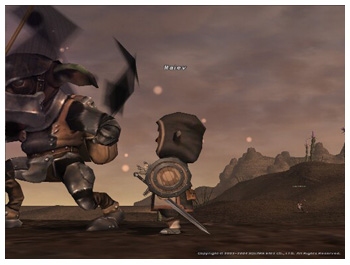 Aloha readers! Did you know Maiev learned how to use the screenshot button on January 2004? Well not really, I just never thought of taking screenshots until then. I bought the game on the day of release. Geeky enough to even have the receipt ;) Anyhow, I’ve always wanted to do a backlog of my adventure, but I just never had the time to really do it. I’ve had other projects but you know what? You need time to sit down and just do stuff you like as well! There it is, the Maiev’s adventure history was born!

Did you guys remember your 1st party [2]? Mines was at Buburimu Peninsula, well the one I remember at least. I remember we went from Dhalmals/Gobys to Leeches/Pugils. The party was so good I play till next morning. That was when I really understand what MMO is.

I also remember my run to Jeuno, setting homepoint there with 4k (which was a hell a lot of gil back then) because… knowing my luck, I wouldn’t have it easy.

I remember farming Kazham Keys [3], following other adventurers [4] of where to talk to NPC because I don’t know what on Earth was going on. Remember back then, we don’t have Wiki’s :D

One thing I was surprise on the 1st month of taking SS was.. I found another copy of Maiev [5].. but it’s spelled as Maeiv… apparently mines was the right spelling =P He thought his was right, and I thought mines was. We had a good debate but it only takes a Google to find out =) 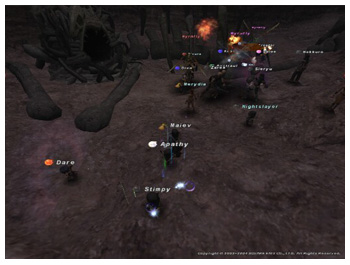 Back then… this mission was epic. We didn’t have Lv75 friends, so we were really, trying to work this out. We took an alliance of lowbies [7], went to the Maze of Shakhrami and kill those Skellys. It was quite epic, when that bone uses blood drain. An alliance of lowbies, not knowing how blood aggros, nor the usage of stoneskin. A simple Skelly felt like Genbu lol! It was totally necessary to use Curaga [8]! Woot, we found the boss! Yes, it was very fun for a lot of people. It was our first alliance! We got together and got stuff done. It felt like picking up an unique item in Diablo 2 lol.

The Screenshot of January 2004