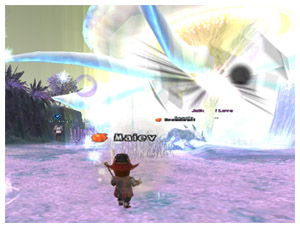 At first we had um… 2 WHM RDM BRD 2 TANK, and blm army was… 3 BL,M 1 BRD 1 RDM… rest are random… we held JoL nicely but BLM cannot nuke down the sharks… so we wipe simply because lack of BLM power. We had 16 people for JoL

There was a full wipe, it deaggro… Bubian just pull it, die again just to extend timer while we Raise up and get unweakened.

We swap a WHM to BLM (job change).

So with that configuration, the adds were dying but… now we have trouble holding JoL, I was too busy curing so no time to dispel, and our 2 tanks were dying. I was the only RDM, to replace the swapped WHM for Curing, refresh x6 and dispel… 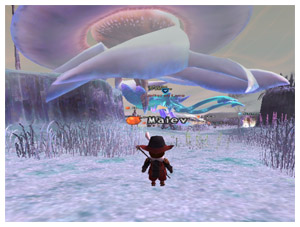 My heart was pounding! 1%

At one point, I was tanking, just cure bomb myself, bar the right thing as it is casting, Stoneskin… like 3 minutes…

So we held it… we aren’t damaging it but not loosing either… for over 45 minutes, until our DD’s and WHM finally got back from work. That’s when we actually made some progress!

It was a slow ass fight… the whole fight took 3hr 30 minutes =.= so much duck blood was spilled, so much exp… its probably the most painful fight in history… my ffxi history ._.

Everyone’s exp bar was so deeply wounded, that I need to cancel events to allow those ducks to get fatter again. Not only that, everyone can NPC their Reraise Gorget/Pin/Earring! Everyone burned all their charges LOL!

Ducks even called in their friends ^^

But you know what, at this point all ducks will get burned out, so accepting help wasn’t a bad idea ^^

Absolute Virtue popped, but he just pretty much drown all the ducks ^^ 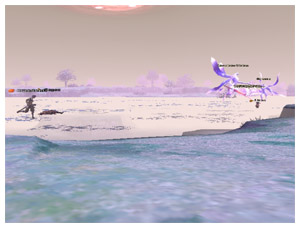 Novia Earring (+7 Evasion, -7 Enmity) dropped, went to Jingex ^^ He was willing to pay 52 points (156 hours worth of farming) for it ^^; So I guess it was all good ^^ Stupid polearm dropped too… and I didn’t get it T__T.
The part where I’m most happy about is, loot going to where it belongs. I used to hear a lot of “Sackies loot” in LS but now, everyone have control of their destiny / goal. If you want something and willing to pay the points for it, then sure ^^; Nothing’s holding you back at all ^^ Jingex joined ducks pretty late… (around July), but with hard work, he got that earring in 4 months ^^ It hurts his Homam collection, but at least he was given the choice to choose between Novia or Homam ^^

At the very least.. it didn’t just drop a Polearm.. so its all good, well worth the blood that was spilled xD! Was painful, but was happy to see everyone didn’t give up and kept trying :3

The Polearm went to Ashmanaiel, wish I had it ‘.’

JoL Discovery for me!

Our tank Hellknight (HK) tried something different tonight, he was our main tank who did Pld/Rdm. He find it very useful and is willing to do it again. We had 2 tanks, Nyran who was Pld/War and HK who was Pld/Rdm, as a healer, I realize HK doesn’t require as much healing as the other tank, due to stoneskin. MDB from rdm dub helped a little. But the cool part was, he was able to keep hate, although not constant, but good enough.

HK spammed Bind, Dispel and Sleeps for Hate, and also the massive cures. Phalanx and Stoneskin to reduce damage ^^ I have to say I didn’t feel much of a threat while he was tanking.

Also, remember the wipe? Well JoL only popped 6 adds instead of 9 (max). In Kirin, when you wipe to a God, the rest of the god still keeps summoning. Technically, JoL would do the same but.. apparently he only popped 6 adds.

We tried to do the Tank 2 Phuabo thing but.. we didn’t even have spare tanks at all, to even hold 1. Also lacking healers ^^; Damn.. we lack everything ^^ 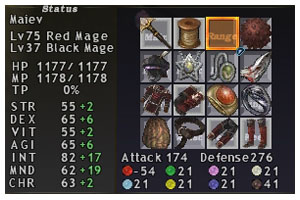 At one point, I was tanking JoL with my Convert gear…

At one point when two tanks died, the best I could do at that moment was press on my Convert equipment (on the left), and just spam Cure on myself… that went on for a good minute or two until our Pld/Rdm took over. At least I was able to maintain hate over everyone else in the alliance.

I was curing, Stoneskin, Phalanx, and quickly type up the bar spell depending on the spell its being cast.. its crazy.

But… that macro doesn’t really work when JoL is in Fire State and doing Firaga III ^^ BBQ ring BBQ’s you up!

Thank god it changed element, so I didn’t turn into a Roasted Ducks! -Fire Resist + Fast Typing of Barfire saved the Taru ^^

[7]again for me! And yea.. low number JoL… gotta think it through next time xD! *yawn, goin WoW it up*