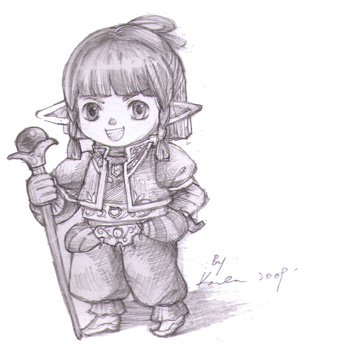 So I was away for a full month. No I didn’t went to play Aion or WoW, or hell even FFXI, but I did use this time not only to finally go visit my parents, but to also meet a ton of Mai FFXI friends.

Meeting FFXI friends was perhaps the most exciting activity IMO in Mai life. You see, people you met in school were your friends because you guys hang out for so long. But you might be friends simply because they seem like a nice person, see them a lot so they became friends, hopefully some of them will have similar interest. However, I find that FFXI friends are different… because at the end of the day, we are all gamers, interested with gaming/FFXI, as well as enjoy playing video games to chillax at the end of the day! (I mean if you don’t play FFXI long enough, I would not have known you to begin with!).

People I’ve Met (Included ones on this trip)

I’ve met a ton of people. Every single one of them turned out very good and became close friends. Lets see…

Pretty long list huh. These are all just self-organized gathering. None are FFXI-based gathering (eg. Fanfest). We were just that close.

I think for being a big nerd, you tend to just able to strike a conversation so easily. I never get bored. I use my laptop/screenshot to break the ice, and after that I’d be able to carry out a normal conversation with them! Anyway, so lets showtime of who I met in the past month! 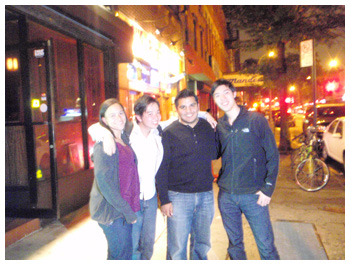 I’ve finally was able to meet Sibe, the latest leader of DuckHUNT. Yes, ever since I had RL stuff to deal with, I’ve gave the throne away. It’s almost a year and… wow I can’t believe how much more free time I had. Though I do miss playing, but I’m still quite burned out so lets keep regening (I do login casually though!).

So while being away, Sibe was the dude that kept the linkshell running, nice and shiny =) Though we might fight in-game, IRL its all cool. Though I hate meeting LS people in a way, they all try to get me drunk >.> I guess its time for revenge IRL.

I’ve also met Xariana, one of the bestest RDM in Omen LS (HNMLS of Fenrir). Though I might have second thought about Female players, after meeting a few, I… don’t as much anymore. There are pretty serious female players out there, though most don’t give a shit. But Xariana was definitely someone serious in that HNMLS. I really enjoy meeting people who I HNM with, people that I spent countless hours around the clock to achieve something in-game LOL. Too bad all we got was some digital data of 01000100101010101 LOL!

Then I’ve met Tsunade/Chidorii/Eleira. They were pretty damn cool people IRL. They also play WoW and DotA with me, real smart and competitive player. It was also fun to meet people who are similar in a way, loves to win and be competitive :D, who would take the extra step to research and stay on top of everyone! We already had Chain 300 within a week of ToAU release. Raping Mamool’s and Puk’s like nothing, and making a killing selling Imp. Gold Pieces for people and their LOL 5% HAT!

Good times, though I think they need to work on their RL Drinking Skills. I know Asian’s drinking skills is like E (Caps at 200), but still, need to exp them rofl! Lets continue. 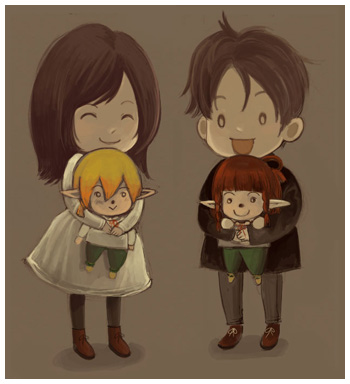 What we were hoping to see IRL!!

Though I must say I do connect with FFXI people quite nicely. I’ve never imagined that I’ve claimed a girlfriend within FFXI (especially how I don’t even play as much anymore or better yet – little to none). Believe it or not, I claimed Otak (a male taru LOL) who isn’t even on Mai server lol! Yes, I might have 1-2 person who I really liked, but Otak was a little different :D. Yes, I flew half way around the globe to /check Otak out, saw it being “Impossible to Gauge” as well as “Perfect Match” (Not even Even Match) so I went to /claim Otak. She plays on Quetzquotal.

One might ask… holy moly how do you even know each other? Well remember I enjoy/like art a lot? That’s how it all started, getting a commission from Otak. I didn’t know Otak was a girl IRL, until I started harassing Otak with so many commission changes. I also bought a FFXI fanbook from her, and yea all these connected the dot. I found Mai RL NM in Mai life!

Despite all the talk and chat, one thing I can never be sure was.. if Otak’s Male Taru means Otak’s a dude or a girl IRL. I gave her a call, she was like “okay” in meeting up (after I’ve arrived in HK). Crossed Mai finger hoping Otak’s a real chick (she was probably thinking, this better be a guy and not a female). We met in one of the most public place on Earth. She said it was for ease of locating a FFXI person, but I think it’s for safety =P Thank god after we met, she didn’t say {English} {Go Away!} and she was a REAL GIRL OMG!

We met a few more times, if Lv1-50 is friendship, and Lv50+ is relationship, we went from Lv1-50 pretty quick. I then did my Limit Break quest with her IRL :D completed :D! and went on! I had a lucky Critical Strike :D I didn’t know how but my Lv 1 GF skills was able to beat Limit Break quest :D. Too bad Mai 1337 269 Parrying Skills wasn’t any use, pity. 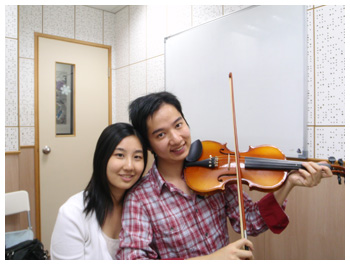 So yea, the rest of Mai trip was exping with Otak IRL. Like FFXI, Lv50+ isn’t easy. It does take a lot more Exp to gain 1 level. Its okay though, we enjoy “Impossible to Gauge” stuff! But at the very least, we work very well together :) It’s like one of those Exp party that you don’t want to disband. It’s what it feels like with Otak, you just don’t ever want to disband.

Maybe someday we’d release our “FFXI Duet”. We played a few songs (Recollection, Mhaura) and recorded it with a MAC! (Yes, recording with a Mac makes the song sound better!). Haven’t exp my Violin skills for 8 years, jeez I was glad it was even making proper sound. Well… Otak was great with her Piano skills, she kept it level. Whereas me… I deleveled my Violin skills after my Violin got stolen… since 8 years ago lol. The picture on the right is us in a Piano room doing our recording =)

Here, let me use the stamp too made by priestessofpie. Though she uses to express her love with her art, I guess I’m using to express my love :)

Throughout Mai FFXI career, I’ve always heard about relationship that started from MMORPG. Hell I’ve even heard linkshell memeber getting together in a relationship. Too bad TV shows always make it look like a weirdo, especially in the Chinese culture. Regardless, I’m in one, and I think it’s just perfectly fine. I can’t even imagine finding someone with so many similar in interest, if it wasn’t through FFXI.

I guess I need to update my LBR App now, I can even talk about FFXI and Relationship! Jeez… talking about being a nerd, I think I’m definitely up there. Though, I think those guys are too busy. Anyway!

FFXI been a real rewarding adventure; in-game and IRL. If I didn’t play this game, numerous things wouldn’t be the way it is now. However, even if I was able to repick my path, I’d pick to play FFXI. This game was a positive impact to Mai life, and I wouldn’t have picked it any other way.

PS: I’ve taken myself off TTTO, since its rather not too FFXI anymore. So just follow via RSS or Mai Twitter [1] if you’re still interested =) Though I do plan to keep it somewhat gaming related, if not FFXI. (No, doesn’t mean Aion or WoW!)