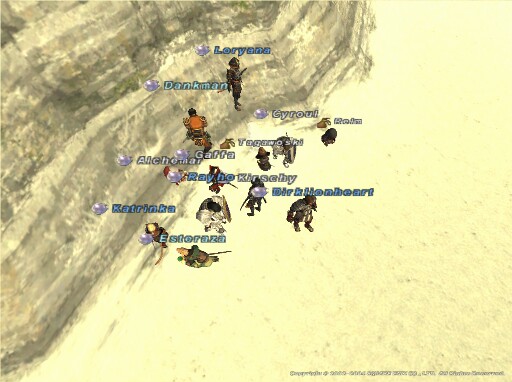 April 16th, 2004~ That was one of my first HNMs. We camped Ada/Aspi… with no competition. We didn’t know about intervals or bots. Most of us were 60s with like two level 75s among us =p. I had just joined TheLightWarriors linkshell.

I had been playing since Oct ’03 when the game was released in the states, and I had started a linkshell with my friends IRL. Most of them didn’t play as much as me, but it didn’t detract from the fun of having our own LS. Thats why it was a big step for me to accept a new shell. I had been asked to join TLW, an endgame LS that had started doing harder fights. It was a move that completely changed how I viewed FFXI. But one I don’t regret making~