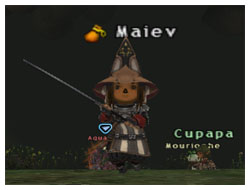 I’ve been slacking for awhile, temptations from other stuff has been keeping me from updating. One of the main reasons I don’t like updating or doing stuff on my desktop was my shitty LCD. The color accuracy displayed is so bad that I don’t wanna do stuff on it. So to rely less on my laptop and more on my desktop (yea laptop still not fixed), I ordered a new LCD [2]. Arriving next Wednesday! Hopefully this would allow me to <3 my desktop computer more. Well, onto some FFXI updates!

I asked the ducks how long I’d last before I die :) Most of them don’t have confident that I’d even last pass 90% of Aquarius HP, well the fact is… I lasted way beyond 90% hehe.

I’ve killed enough Aquarius on RDM (50+?), its time to visit this bitch again with something else!

Samurai is generally viewed as a DD class, which has bad evasion, takes extra damage but that’s not the case at all :)

So yea, I engaged this monster with my NPC and Ciermel (which is 2boxed) by myself. No parry skillupz though.

Not too far actually :D 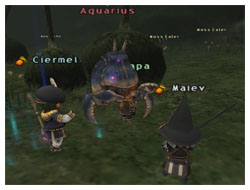 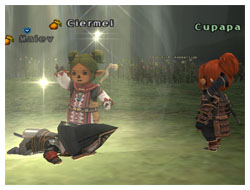 Poor taru :( Pic on the left was Ciermel escaping and :( I didn’t do it in time so I died on the way warping out :x So yea, Aquarius was at 45% and I think part of the success of taking it to this low was.. evasion merit and parrying skills. I did parry a truckload of attacks because I mean… Seigan & 3rd Eye can only do so much before it wears off. I can imagine this thing gets rocked out when I come back with capped parrying :)

Anyhow, I wasn’t really there @ Boyahda Tree to fight Aquarius, was a NPC level up / parry skillup sessions. I go there when Exp ring is up and kill robber crab for both exp and parrying skillupz. Yes -.- Ciermel named her NPC as Cupapa too, so lots of twins here rofl :D

Need to maxed out elemental magic for Ciermel! So off I go killing Aerns :) You know, I’m pretty nice to Ciermel consider she’s only my assistant ^_^ 7th merit!

But most of my progression these days has to do with Parrying Skillupz. Its tough as shit because I had to do this all manually, unlike Ninjas who can go Exp their parry up :( 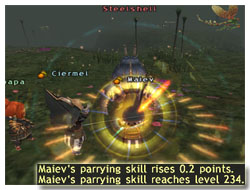 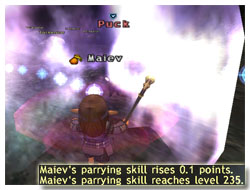 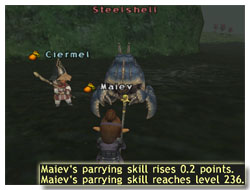 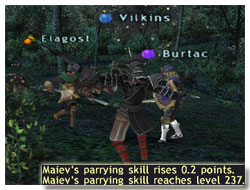 Going back to sky for a bit, since some lolWar needs some Haidate! As usual, China owns sky. Not only we have to camp Despot stones to pop Byakko, we have to pop the freaking ??? that POPS Byakko. 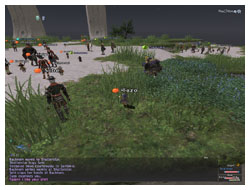 Regardless, we got a few Haidates to drop :) and one of them went to me :) Thankss :) Now I can go rock out Glimpse’s parser even more hehe 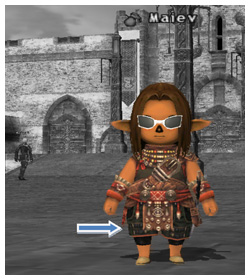 And Impulse Drive is cool! 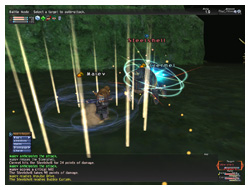 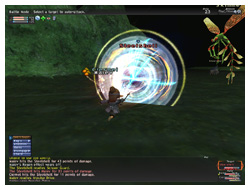 Anyhow :o going to wrap this up so I can go McD!

And no interesting links this time (didn’t find any that’s worth your time)! Just got a lolVideo from BBC about gil buyers! (Yea I also know there’s plenty of drama these days about RMT accounst, lol)