It really does…. Questing in FFXI makes Taru babies cry because its so not rewarding (well most of the time). Some actually do all of them, I mean if you have the time to (do them all), the money probably adds up to a good 1mil but again, you can earn more from farming than questing.

The only quests I do are.. for AF’s.. maps.. and accessibility. I used to do those xp ones but its so little, I’d rather go kill EP’s.

So anyway, all these months, I thought those Sky teleport was SO HARD to do but in fact, it wans’t that bad :O

Jingex made it sound so easy so I tagged along, and in fact, it IS pretty easy. 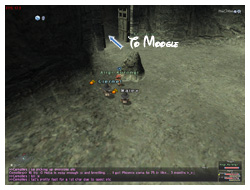 1. Change your Title
Go get your title changed to (Warriors of the Crystal) at Tav-Safehold. You need to be pass 8-3 to do this though.

Basically… goto this Taru (you always pass by him on your way to nomad moogle), say you want to have your title changed, select the 300gil category and it should be at the very bottom. 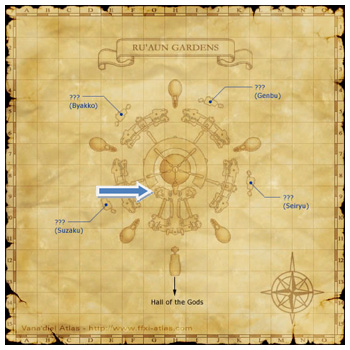 You will see this porter, click/walk on it and it will say
“regiissttterrrr…er…” (something along the line). Done! 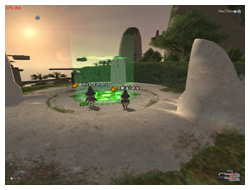 3. Go buy a chip (the ones that used for Gorgets). Buy ONLY CLEAR CHIP! (I tried Thunder chip, no dice). 21k but people say its roughly 10 tries before it breaks, so you’re only looking for 2k per teleport. (Outpost to ZiTah not owned by region is 1400gil, Silver cost 1300, plus Silent oil if you’re melee, its actually cheaper to use Sky ports)

Btw: Shop only opens from 11am to 10pm Vanadiel-Time. The Windy chip shop is here. 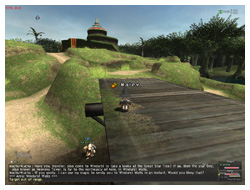 Windy Goblin is marked on map here [4]. The Bastok chip NPC is at the side of the Wearhouse (Port Bastok). Its in a very tiny hallway :3 Have fun looking for it!

4. Goto Halls of Transfer, Trade the chip to the Machine and tata! Don’t worry about the chip not in your inventory. It’s stuck on the machine so saves Inventory space. When it breaks, people say you get a message when you arrive / after the porter so you won’t be like “oh fug I can’t port cuz chip breaks / stuck at crags”. 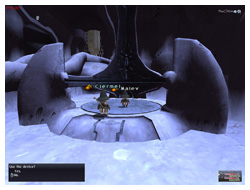 That’s it :O, just bring yourself there next time and the porter’s will be waiting for you!

Pretty easy bird-quests! Thx Jingex for making this easy for me, so I’ll make it easy for my readers ;)

A suicide bomber! Like most people in FFXI, experience points hinder them from trying things / take risks. So anyhow, here’s a way which I do besiege.

I burn 2hr (or burn all MP on blue), kill myself and homepoint! In the case of Samurai, I med, go up WS, TP Wing, WS, 2hr solo Light, eat 2hr poition, do everything again and I should be dead! HP! *Rinse and Repeat*. When you HP, you get all your items back (unless the NPC that gives 2hr died during besiege), then you might not get your 2hr potion ^_^. 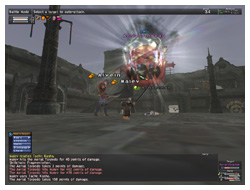 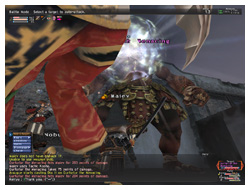 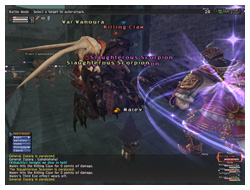 Finish off our last Forced-Pop NM’s and woot! Sky Farming. Got a few Byakko to pop next week so hopefully they all drop haidates!

Shen on the other hand was kinda joke! We pretty much zerged this thing to death in a minute :3, even helped some random WHM with their hauby :3

I also broke out my RDM and exp :3. Its soooo boring. We stop at Chain 100 because some had work but.. considering we had a gimped War73 (Evilkid!), it was pretty nice.

I’ve been hanging around JP’s Blog these days. There’s quit a lot of people that actually blogs in the Japanese community, like 10x larger than the NA’s ‘~” (well NA’s are pretty scattered, that’s all). Our fellow Fenrir Japanese Blogger’s listing here [10].

Got a few to share this week! UMPC (I want!!), and this is what it will turn the world into!