Connie’s been a really great friend to me :o. Life would have been significantly differentt if she wasn’t around. I’d probably be already dead from starvation if she didn’t feed me during HNM camps =P. I would probably be stuck in the virtual game world.. like hardcore, if she didn’t show me around Toronto.. that it could be a fun place. I broke her car too, well her car broke on the way to pick me up so… :/

There’s a lot more to say, but being such an important friend to me, therefore I give it some thought to try make this a memorable Birthday for her :o Connie isn’t stupid, so doing stuff around her back is pretty difficult. 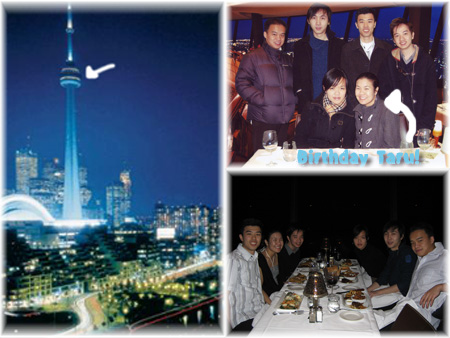 We went to.. yea, the 360 restaurant all the way up @ CN Tower. Knowing Connie enjoys fine dining and not many is opened on Sunday night, that was pretty much the only cool option :) *shh, I was just trying to goto CN tower myself, her bday dinner was just a side dish*. We had a great time, at least I hope she did. They treat girls better up there, 2 washroom for the ladies but one for the men :< Like the waiter said, when ladies goto the washroom, they have a party in there! So no wonder we need more washroom for the ladies!
Took some pictures, recorded some video :) But not yet chopped, maybe I’d share it someday! Her bday presents was… 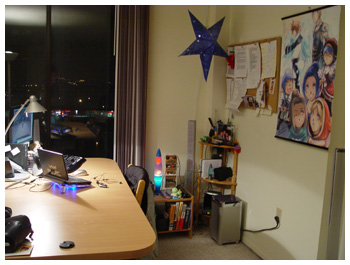 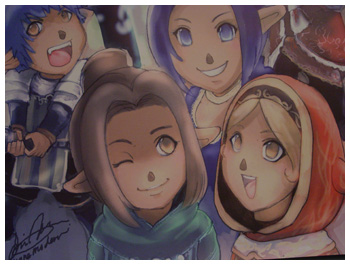 Thanks Daggy [3] again for producing such lively drawing.