Duckies decided to pop a Love today :) due to lack of WHM, I had to 2box Cier’s WHM! With recent practice, I was pretty confident that I can 2box healers in the tank party! Anyway, so what all happened with Duckies’ Love?

Amazing! Smooth! When I was in Omen, I had to die SOO many times curing in main tank party. I had to relog so many times to clear hate :/ Today! Whoaaaaa amazing. Zero deaths :) Lets get onto the business!

2boxing Love means :) You can take screenshots from different angle of my boyfriend! 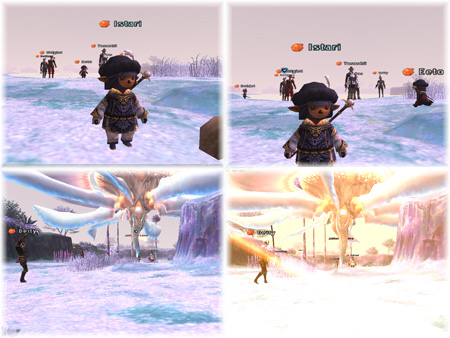 Istari’s my other healer, but damn… with no bards, gotta have some synchronization… can’t just both Cure V on each -gas!

We don’t have relic bard, hell we only had Tazo as bard…. with the lack of bards, we’ve decided to equip our tank party with…

Ya… Love is pretty lol, manage to squeeze through this fight with no bards! Not to mention this was our 1st Love!

There’s a lot of synergy going on. There wasn’t as much overcuring. I first show Istari how I cure, Eg. Cure V, so therefore he started casting Cure III instead :) Mission successful, with me adjusting how he cures, I can then adjust mines, so whenever Love -ga III, taking around 900 hp away, Cure V from me, Cure III from Istari would be enough. I can pretty much assume Maiev won’t cure, because I play both Cier and Mai, thus the MP saving from 2boxing is huge, compensate a relic bard.

Second is… the tank doing their job. With our triangular formation, Charm and agas didn’t appear to be a problem at all, only one person at one time would take damage, saving shit load of MP.

Well third is probably my merits. Stacking up on -Enmity and equipping enmity gear whenever possible, I was able to keep hate under control as rdm. Never pull hate, allowing me to execute the best curing combo in tank party for Love today! So yea, no exp loss at all today! 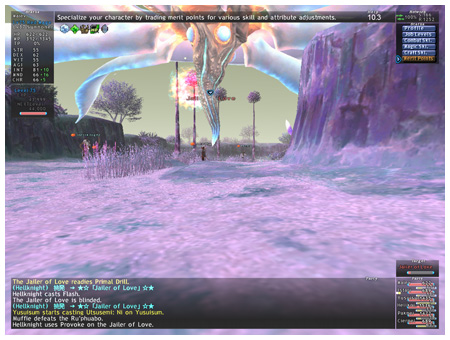 I don’t think many knew Ciermel was 2boxed for Love :) I was nervous too at first, but got it under control… the only part was…. since I hold so much curing power, I had no time to both Poo and Pee…. and holding it for 3 hours was a bit of a problem :/ 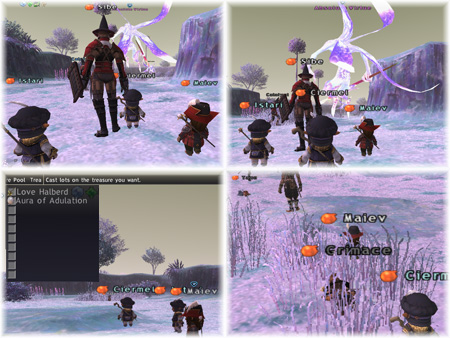 It took awhile to practice these 2boxing skills, a lot of deaths, synchronization and precise control. I’ve 2box a lot of stuff such as a 4 man NW Limbo, ENM’s, LS Event etc… but I guess it paid off :) 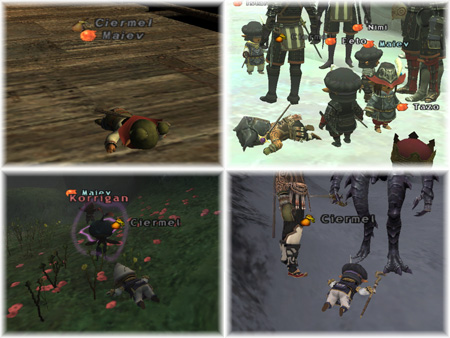 Just sucks to be Ciermel… lol 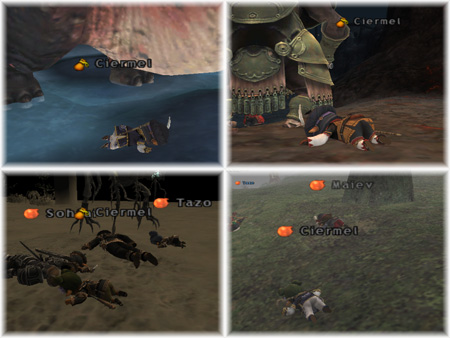 But no worry, I treat Ciermel very good ^^; I do Exp on her so that she only gains and no loss. She’s MaiTalu’s best friend, I’d treat her with the most care, minus those screenshots =P

One thing I love being in ducks is… you can try the impossible ^^; This time they want me to 2box curing in tank party, probably next time I can tank Love :) None of those “follow conventional setup to get business done”! Its the extraordinary that makes this game fun. Last thing you want is… to play this game like you did 1 year ago, shit gets boring.

Oh yea on the side note, feel free to drop a message or comment. I treat my comment system like a chat, a chat that’s in say type of thing :) so yea lol, if that’s holding you back somehow~