Oops… >.> Revealed my contents… ya, I tried to think and plan contents before each post, I usually have them typed up 1-2 days before the day of post but apparently yeserday, I went to a Christmas Party and my friend Cus’ internet blew up, so I was unable to upload my final post, revealing the ideas/plans of what I wrote, and RSSed it to you people :o! That’s why I post every 2-3 days :o had to plan it out! Anyway, here’s the ramblings!

I know that last post was owning :) Thanks! More people comment on the last post than a lot of my other ones =P sad but true XD 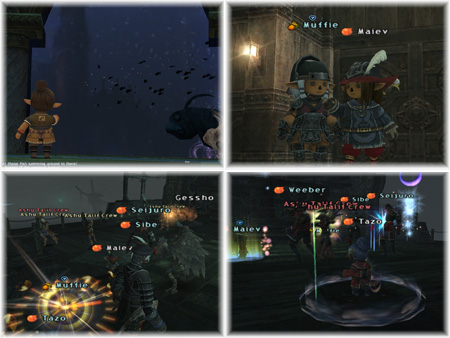 Yes… ever since I finish the mission from the ToAU release, I’ve never touched missions again :x So since its Christmas time, its time to catch up on adventuring. Tazo was away so I 2box her and myself in that BC. It was more like a fun fight than challenging fight I suppose :O

Anyhow, so after that mission, we had to dress up >.> I’m surprised Dalmatica is not presentable, therefore I did a little bit of swaps and :) had my taru nekkid! Poor Geeswo getting owned by Naja about fashion sense… as if I had a lot >.> 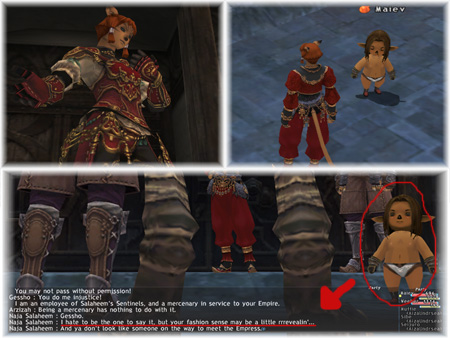 But damn… white Manteel is hawt! If PUP AF2 is like that, I’m playing lolPUP for the look :< I'm serious! Besides, its not like PUP needs a lot of gear anyway, mostly AHable, takes 1 pain away... 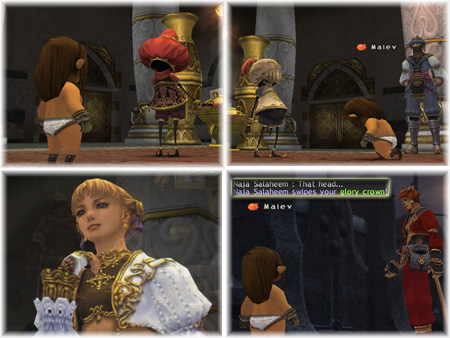 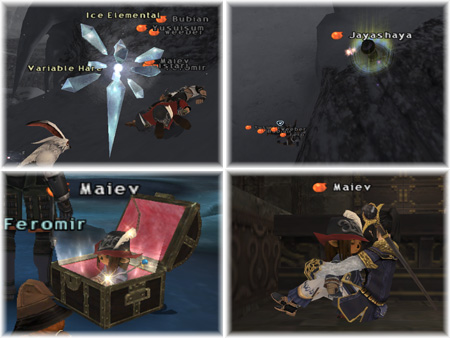 A few other things happened, including ENMing for more cloud evokers, and doing assaults to farm more points for Salvage. As usual, bring a blm and a rdm to holy cow, and bring 4 other leechers… I ran Jayashaya to the cliff, tractor all dead bodies, raise up and get item :) so…we ended up having 35drk, 40thf, like a 50brd, nin, blm75 played by the nin, and me for holy cow :x went in 2hr when ok to get nice hate, and kite it around while blm and I continue to manaburn it out. Gigant Mantle pop out of that chest :) *secret, because I was in it*

Speaking of 2hring on rdm, I havta blow my own horn that… I’m pretty good at it. Like of course the 2hr is good, 100 fists, benediction, but using it the right time pwns too imo… like my classic 18man Chain raise @ dragon’s aery after Nidhogg flick his tail, Chain nuke on Fenrir fight to control when Fenrir Prime uses howling moon… chain blink @ my omega fight (vid below). ^^

We also did Salvage, amazing findings! I’ll post em on next, before the post gets too long again!

I’ve did some mini test on Magic Hammer… apparently I haven’t found out what modifier is goin increase the damage yet, I’ll do some test when I’m back at home with constant internet. But I did try str / accuracy and SATA, nope, still suck shit!

Merry Christmas everyone :) I had fun, hope you are having fun too ^^ Again sorry for the previous LOL post. I’ll be back around the 27th, in the meanwhile :x no internet to do any crap. Here’s a pic of my Christmas party with my friends ^^; They all play FF btw :o (Had an LS pic I suppose >.>). The other picture is when Tazo, Sohjai and I go meet Bubian, who happen to visit Toronto that weekend ^^; He’s really tall, just like his Elv ^^ 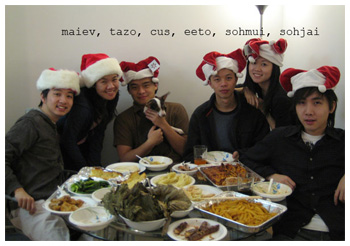 Dinner with Bubian around October 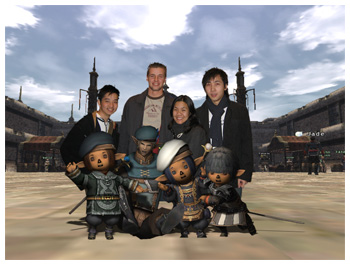 I’ll catch up all the blog readings when I have internet again :o! Don’t stick around the computer :) Go out and have fun XD