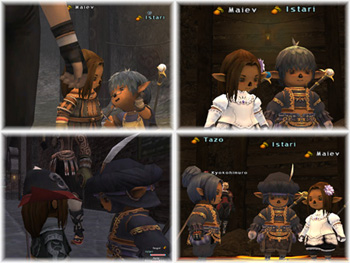 The screenshot says it all… bard stalker x_x that goes to the extreme. I was afking @ Whitegate and ugh… afking unattended could be a bad thing… you’d understand why by watching the video below…

Heard enough of Intel merging with Nvidia, ATI with AMD, its time for GuessWho and Ogazn. I’ve never really thought something like this would ever happen :3 but I guess its time. This way, we can really fill in the gap of “lack of members”, and just basically keep things running the way it is :). Not really a big fan of leading although I’m kind of neutral, I prefer to be a team player, a member than a leader. I’m kind of those.. work well with people but not where people work well with me :x

Its also a time to clear grudges and start something fresh :3 Although I already had some emotional attachment with GuessWho, having a good time etc, but I guess for the betterment for both LS :o A merge would solve everything :D But lol :< Just registered guesswhols.com and we are changing =P
Had a few names for a merger, such as AnimalFarm, CrankyBear, WhoBeAzn, HorizonBreakers. We wanted to name it RMT, IGE too… Tazo came up with IGE (I Game Everyday) as LS name.. but whatever it is, I think it will be some goofy name :x

My feeling of my current LS leader –>

That’s why I want a change.

Merging the seals and Peacock Charms 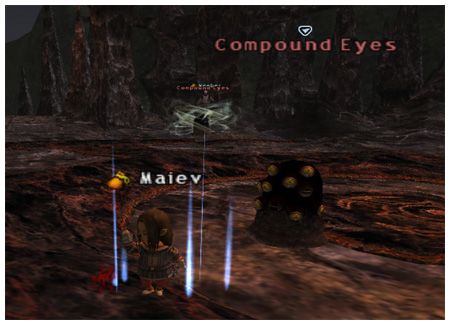 Determined! Gotta burn 500 seals since its sitting around doing nothing and… woot! Lots of cock charms!.. but took at least 16 hours to burn em all due to the running part x_x

Ya we are trying very hard to get Istari banned for RMTing :) I don’t like him, need to get him banned. 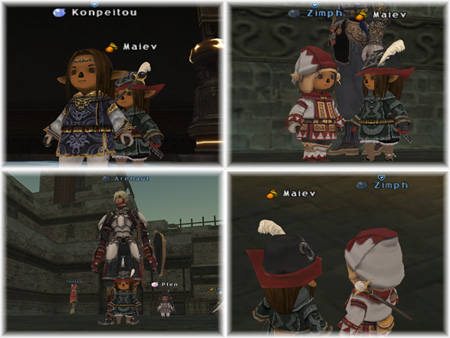 Always thought about it, I kind of like the nobles tunic look on my taru but Tsunade always say no to it :x and claims its boring and shitty~ Speaking of WHM, Zimph in Whm AF looks like a gal taru. I don’t konw but I really can’t see the LS leader of top HNM LS leveling WHM after MNK =P maybe he’s sick of people dying for stupidity and start handing out R1’s.

Btw, Zimph’s the worst whm ever :x I remember him playing on some healers account in Omen and the person he was suppose to heal always ended up dead. Oh haha! I remember Katrinka emo-ed out on Zimph’s whm back when it was 32 @ altepa… rofl :D he’s that bad =P mebbe he cures better now but in my heart, he’s a good mnk but a bad healer :)

And ya its been awhile I talk to.. generally Omen ppl, nice to catch up with em although I’m out of the LS :x. Catching up with peeps on their vent was kinda cool too :3 What I’m more surprised is that.. a lot of people STILL don’t know I am a dude!

When I do any synthesis for anyone, I ask if they want it sign, and I do not force them to have it signed but its just a question I ask because I’ve had too many “OMG You didn’t sign?!?” But don’t waste my crystal if you are going to be a dick about it. 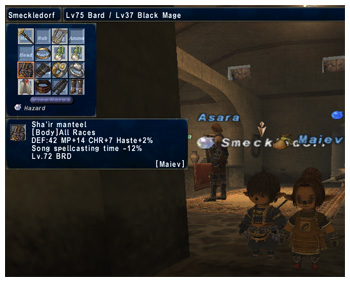 I REALLY DO NOT ENJOY dicks that wastes my time. HQ crystal isn’t free, I got to purposely check everyday for some “reasonable item” (flame ring for 7k points, screw that), take 30 minutes of my time to goto bastok, and click through that boring dialog for one crystal at a time. Seriously, if you are going to be a dick about it, then don’t request for it. Besides, I have people (3) who’s actually waiting a sign manteels…

I suck at it, but learning :) (at least better than Istari).

But what I’m more surprised is.. not only Daggy’s good at drawing, but also in Gunbound… holy smoke, getting owned in the face battle after battle. SaikoLady is Daggy’s account btw =P so you can play her :) Anyway, ya the 2 SS on the bottom row, one is the guy spawn and got drop into the shitter, and the 2nd was.. I was a slitter of health b4 dead… :x 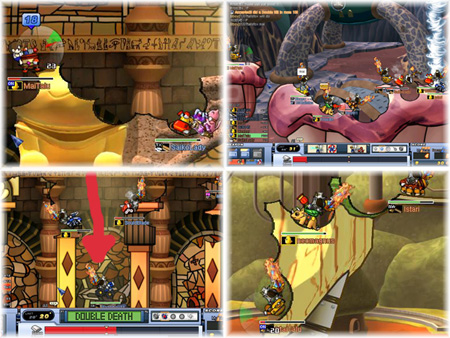 Yar I don’t really click blogs one by one anymore since… ugh… I have too many to read, so I just do google.ca/reader and see who posted =P I seriously think what’s web layout is for anymore because I don’t even see it ‘-‘ Regardless, make sure your RSS is working lol because I’m not going back to conventional clicking =P RSS ftw!

Another thing, exam is around the corner, so I’d be posting less frequently. I’ll bring good contents when everything is done :)!