Read this website first [1], or go glance at it.

One night, me/Weeber was being gay so we start chatting our desktop setups, and went to our surroundings, I took some pic.. and so happen I found an article on “Useless usb devices”, thought I’d post some more about it..

Um… I own 2 out of the 12 “weirdest yet useful usb gadgets” on my desk w! I have a USB coffee heater too! I was hoping it would be hot enough to fry eggs so I can check my emails as well as fry eggs without leaving my chair x_x So lets see what I have @ home! 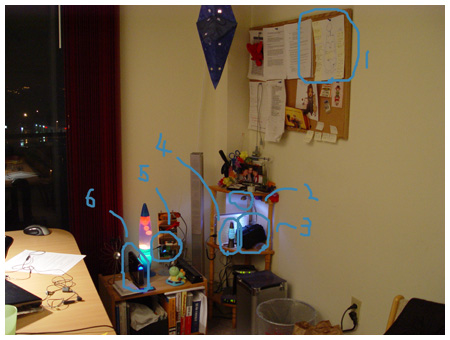 Looks pretty at night too! 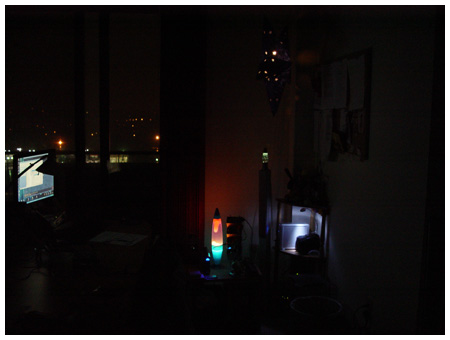 Cross Server Love! [5] Is Jowah’s Post! I think me and Jowy just became friends! Obviously she’s not after my gold digging skills because I can’t cross-server dig! We make good friends, that’s all!

What I didn’t know was, Jowy’s a bit psycho! She greets her new friends with Benediction :o 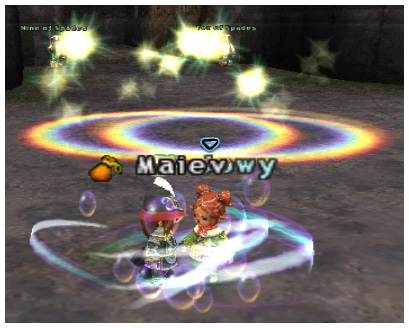 Whatever it is, welcome to GuessWho LS (Fenrir), all the way from Ragnarok! Now I gotta get a WP and go visit her! Btw, since I know Jowy must be a bit loney, I bought along a boyfriend for her :) Pretty sweet talu imo ^^ (Pic from Souleater.org’s website)

So why do we loose besiege!!! Zomg its always a good question. The answer is! 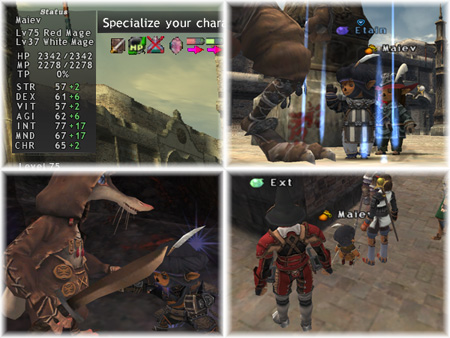 Cyril’s Magic (Performed by a Japanese-American)

You thought you’ve seen amazing magic? Nah not until you’ve seen Cyril performing. This is unbelievable, pierce through matters. At least watch the top 3 (most amazing one imo)

Yar :3 didn’t really think I’d go that far but hay =P I really learned a lot about the web. Went to click around my host to see whoz my loyal readers and I found the top 3 ppl came from Chicago, Los Angeles and NYC O.o but I don’t know any FFXI friends that live there =P. I don’t mind you remain invisible but hay :3 I give random stuff to my readers in times ‘-‘, hope ur not missing out :D!

What I didn’t expect was 700 “unique” visits, I would be expecting probably 100-200 repeated visits ‘-‘ apparently I was wrong :O but the question is.. how the hell did I reach out to 700 audience ‘-‘ I don’t even have 700 friends… but this unique visitors is spread across anyone that clicks into staronion though, so they could be reading Tazo, or Wohdo’s, or Ashiya, or Ciermel’s. But whoever it is doesn’t really matter :3 I’m just glad its somewhat, people, a least 700 out there read the blog that’s on this server ;)
Btw: notice the last visit was Nov 20, 13:37, who visit my blog @ leet times? rofl, are you implying I’m leet? or you :D

But during these few months, I did try to create a page, ffxi page that not only surrounds MaiTalu’s ego, e-peen and emo, but more of something around me too, such as meeting people and other interesting stuff around the world. I mean I was once in an HNMLS, I know when you are in such LS, you tend to loose track of things around you, so when I blog, I want to provide not only FF infos, but sometimes guides, random links and just about any stuff or goodies that you might miss for FFXIing 24/7 :) Hope this blog’s still worthwhile for you to read :3, or at least somewhat, interesting read for joo!
Whatever it is :3 Thanks for joo support! I had more contents but its going to be too much to read so I’ll split it up for next post! And to conclude… as always…