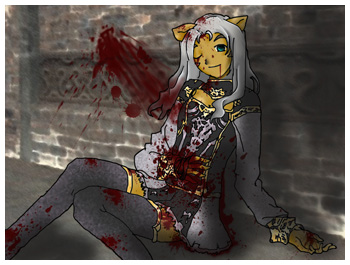 Love is War by Teh Kako (The picture reminds me of the pain :x) [2]

Mai had a blast on Fenrir server, filled with excitement, achievement and laughter. Mai even made some really good e-friends that turned into rl-friends. But we all know all good things gotta come to an end, and for Tazo and Mai, we’ve decided to proceed to the next stage of life, and that begins with stop playing FFXI.

Mai birthday just passed a few days ago. Instead of making happy birthday wish such as “Winning Mog Bonanza” or “Get a 2nd Kraken Club”, its actually “it’s time to move on with life”.

I know this decision would sadden a few TaruTaru hearts (probably not the Galka, Hume, Mithra or the Elvaan), so I’ve spent a lot of time thinking over this decision. There were times I was starring at my content ID creation date… Oct 31, 2003 and was like… damn son I’ve played for so long, it seemed like it’s a part of me. On the other side, real life is pondering me, asking me why I’m still playing… I don’t know. I’m getting ass-kicked IRL yet I still dunno… 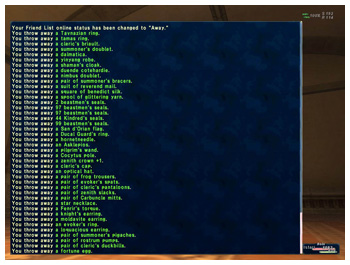 Istari Quitting, dumping everything he ever had.

Everything started with an argument within DuckHUNT linkshell back in October 2007. A disagreement with other leaders. I spent a few months thinking and revisiting what I did, reflecting what I did right, wrong or what else I could have done to avoid that whole thing.

I’ve turned off the Internet for awhile, stay away from the computer, and I spent numerous weeks searching for my gaming soul. I’d read up on anger management, psychology in running a guild, the utility/economics of magic sword.. tons of other stuff… to really understand what really caused the freaking mess.

But the problem is, whenever I am by myself… all those evil thoughts just starts crippling back to me. Despite the solution might look simple (forget about the past and move on), my mind still randomly travel through the guilt, the pain and the past that I cannot change.

I chatted with numerous people… and one thing I truly regret was not listening to Istari. He said:

“You should have fucking quit now, before you dig yourself a hole.”

It was such a simple solution, that I could have taken… yet I ignore numerous warnings from him. But then Istari kinda took it a little bit too far of an extent… something that I am not willing to do (SS on right). Istari dump everything he ever owned, to ensure he will never come back or recover to play this game.

What Can Mai Do? 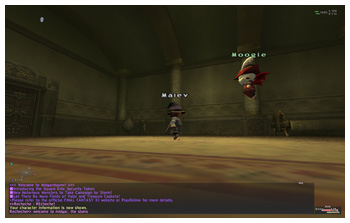 Welcome to Midgardsormr! As a nuker!

It is by far the easiest way to get the fuck out of what you hate. For a mere $25 bucks, you get to press the reset button on your TaruTaru. You reset people’s grudges, reset your own ego meter, and basically, let the process of healing start. Nobody can benefit from this more than you and Mai Taru. By healing yourself, you also heal up your FFXI gaming spirit, allow you to enjoy this game once more.

Staying on a shitty server is like casting Benediction and heal for a total of 6000HP… not expecting to die. It lowers the utility that you gain from playing video game. You should be gaining utility, not LOSING utility over playing video games.

It’s easy to say, but its much harder to really take action on. It is true, but it doesn’t mean that it should be thrown out the door. Instead, you should slowly get away from your server, disconnect yourself from the community then YAY TRANSFER. 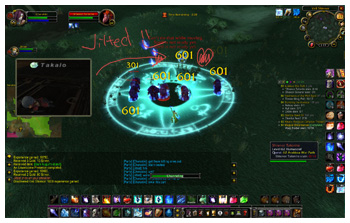 Takalo and Maiev (now Jilted and Cherukiki, questing together!)

Why play game when you hate playing the game. Having fun playing game makes perfect sense. A lot of people don’t realize the repetitive portion of FFXI that makes the game so freaking boring. Well.. maybe its the game itself that you need to get away from. Numerous people made the perfect choice – join World of Warcraft.

World of Warcraft got over 10m subscribers not because it’s cheap, but it’s fun and do not create a heavy attachment with you and your e-life as much as FFXI do. It’s a game where you can actually enjoy with 1 hour of free time with reasonable amount of fun. I do not call campaign fun, but doing a quick VoA, Battleground to AoE the fuk out of everyone, and some quick daily heroic is much more fun then popping your exp ring, killing robber crab only to get exp that is so little that doesn’t even matter…

Etain found her solution. Takalo found his, so did Tsunade and a few more others from FFXI. I’m pretty sure you guys read enough entries from TTTO about WoW… enough for a “filter” to be added. Why? I wonder ‘.’ 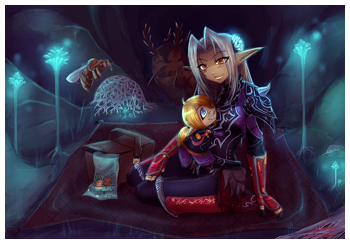 3. Go For A Vacation

I’ve done it! Not always effective but it does it’s job. Seeing people IRL that also plays the game allows them to bring the fun aspect to you once more, in your face! I know when I go out for a Bubble Tea with my ex-FFXI friends who now plays WoW, it brings the fun aspect of WoW out! I feel like WoWing after every time I meet up and share the WoW experience. I’m sure if I had FFXI RL friends that comes out and have a chat, it might promote or bring back the fun aspect of FFXI. But err… doesn’t always work.

4. Just Keep Yourself Busy With RL.

This solution is working for me! Just focus with your RL. I’m pretty sure everyone have something in real-life more important than playing games. There’s always a friend that you haven’t seen for awhile, something you wanted to learn awhile back that you didn’t, perhaps something on your bucket-list that you wanted to do?

I went to pursue for my passion :) Something I always wanted to do and dream about doing. It’s going great and on April 8, it’d be my special day for this passion! No, its not Crystalline Prophecy’s release :D 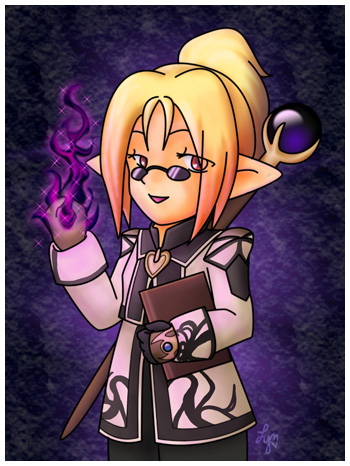 We love dramas, especially in FFXI. Our ego thrives on the latest BG drama. Even when everything is going the way it seems like, we always try to find ways to stir up troubles, issues, drama and unhappiness in our own e-lives.

We feel that we can’t just let go of unfairness that we experienced, or regrets. We feel unable to forgive someone who has hurt us, or took advantage of us or treated us unfairly even though its just a video game. So what do we do?

The Curaga that worked well for me was to triumph over my fear and just use the damn World Transfer Service. “Everything happens the way it happens, and there’s nothing I can do about it. FFXI’s got the World Transfer button, move on!”.

What inspired me was.. the power of now. Now is the time, and now is the only thing that is really real. It’s NOW that everything happens. Let’s not messed up the time we NOW have, and start from here. Screw the past, because it the past and not NOW. You can’t do jack about the past, but you can do something right NOW! What can I do right away? TRANSFER!

I believe what’s happened, happened the way it is. It’s never a mistake, but exp that you got from it. It’s all these exp and merits that we got from the past, tha makes up who we are, and contributes to your growth and development. Let the past go, and just deal with what’s infront of you, and doing what’s right! 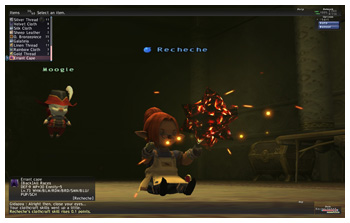 First is me planning on Mai transfer. On a name check, holy moly Maiev is taken on Midgard, I spent days and night camping the owner, I finally found it! It was his brother on his account. I gave him a tell, and he was so willingly to release that mule name for my character to move. His brother wouldn’t think the little brother would mind so he swapped. I owe him much! Needed a lot of luck too. However, when I did search the Maiev mule, I find out it’s a… rdm lv1 taru… further research reveals f5b.. wtf? So I sent a PM to the owner, first to thank you and secondly… to ask why ‘.’ and here’s the rest of the PlayOnline Email [12] :o

Anyway… if you don’t buy it the you won’t. But at least I unloaded everything in my mind on paper! XD

Before Istari depart the world of Vanadiel, he wrote his beloved friend a very epic STORYBOOK. Title “The Epic Hellknight”. I haven’t finish digesting it… but will do. But from book reviews from Teachers like Tazo, she said its a pretty good read!! So lets just say its human friendly! You don’t have to be a geek to understand it =)